As a cultural anthropologist and athlete, Katherine (Katie Rose) Hejtmanek has penetrated the world of elite sports and has come to some surprising theories, including that of a deep-seated fear of impending disaster.

Associate Professor of Anthropology Katherine (Katie Rose) Hejtmanek sums up her research as “the cultures and processes of transformation.” But as she describes her work, a recurring theme arises again and again: fitness. Fitness and gender. Fitness and race. Fitness and age. Fitness and mental health.

It is a subject that she studies from the inside as an academic who is also an elite athlete. Hejtmanek has competes in Olympic weightlifting, winning the silver medal in her age and weight class the 2022 USA Weightlifting Masters Nationals. Before the pandemic shut down gyms and athletic programs, she immersed herself in the culture of what she calls branded functional fitness (BranFunFit). Her examination of power sports— “Fitness Fanatics: Exercise as an Answer to the Pending Zombie Apocalypse”— was published in American Anthropologist, the flagship journal of the American Anthropological Association.

Her observations yielded some surprising insights. What Hejtmanek found of particular interest was that branded functional fitness has “this interesting ideological and cultural location in the fitness world; rather than just being about getting fit or being about sports, what I found is that there was this conversation surrounding the zombie apocalypse,” she says.

With roots in the founding of the United States—the great religious awakenings beginning in the 18th century, the wars in which America was involved, and the advent of the moral majority and the evangelical movement—apocalyptic narratives are abundantly present in U.S. history. Described in the article as a “current, secular metaphor,” the modern zombie is unlike those immortalized in early films. In the Haitian culture, zombies have represented the fear of Western intervention and imperialism and the return of slavery. This fear traveled to the United States in the form of movies such as The White Zombie. In the 1932 film, the White protagonists travel to Haiti and are turned into zombies—reanimated corpses created to become slaves—by a sorcerer. The zombies in this film and those like it, Hejtmanek posits, spoke to a deep-seated fear in White Americans that the racial hierarchy could be turned on its end. In more contemporary films, zombies come in hoards, inexhaustible, impervious to pain, and representing “the total breakdown of technological society and current hierarchies,” says Hejtmanek.

“There is this ‘Other’ that’s coming for us to take what we have, subvert the social order, and cause pain and suffering,” she says. In other words, a form of white racial anxiety becomes fear of a zombie apocalypse, where non-white others come and upend current social hierarchies. These anxieties manifest in real life consequences, including the War on Terror, neoliberal economic policies, and refugee migrations. . 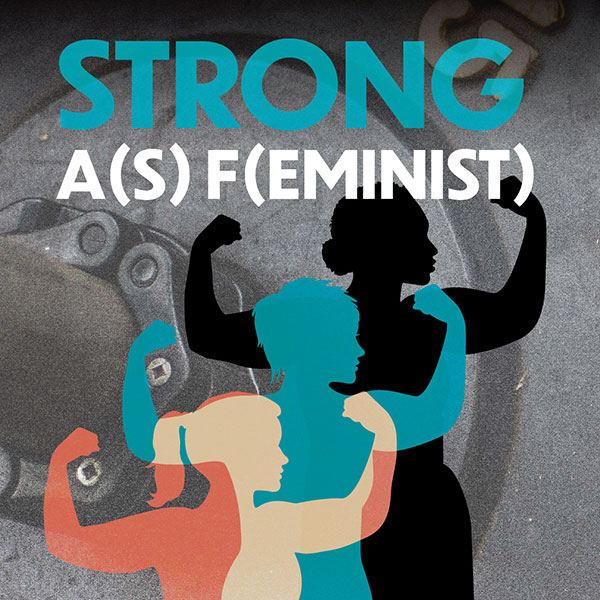 The theories about the often-punishing regimens of branded functional fitness emerged when Hejtmanek realized that there were members who admitted they were building their bodies to withstand what they saw as a coming onslaught. “If you are very physically fit, you can withstand the pressures of war, destruction, violence, and people coming to get you,” she says. The participants aren’t the “elite forces and emergency services personnel” preparing for “life-and-death” work Hejtmanek describes in the article, but white-collar professionals looking to become fit enough to withstand the pressures of any disaster, she says.

But branded functional fitness can have another purpose, says Hejtmanek, who used past research on mental health with present research on fitness for a study she is co-authoring on the anthropology of anxiety, funded by the Wenner Gren Foundation.

“Part of my contribution is to think about how people try to alleviate anxiety,” says Hejtmanek. “What are the practices, communities, ideological structures, narratives that help people who feel anxiety? What are their balms?”

She found that, for many participants, CrossFit (or previously, Branded Functional Fitness) provides an embodied balm. “If you make yourself sweat and get red and exhausted you won’t be able to feel your anxieties.” It’s a type of productive “pain” done in a community of people—in this case, strength sports and power fitness—who are doing the same thing. “I’m looking at the way that people manage existential experiences or feelings, and the physical practices they enact to have different sensations than those of anxiety.”

In Case You Missed It…

The Show—and the Planet—Must Go On

Filling in the Gaps

Filling in the Gaps