The CUNY-Haitian Studies Institute is poised to extend deep roots into the community through scholarship and outreach.

A group of academics, politicians, and community members had been lobbying CUNY for years to commit to Haitian Studies. Many of the other large ethnic groups in New York City—Dominicans, Mexicans, Puerto Ricans—already had institutes, if not entire academic programs, representing them in the university system. The Haitian community, it was clear, wanted to be seen and recognized.

Marie Lily Cerat—a Brooklyn-based, Haitian-born community activist and then CUNY Ph.D. student—was among those who joined the effort. She was naturally delighted in 2016 when Brooklyn College launched the CUNY-Haitian Studies Institute, under founding director Professor of Sociology Jean Eddy Saint Paul. She not only cheered it on from the sidelines, but connected with the institute on several events, including a 2019 Haitian Creole Language and Culture Symposium, for which she served as a speaker.

See Also: Filling in the Gaps 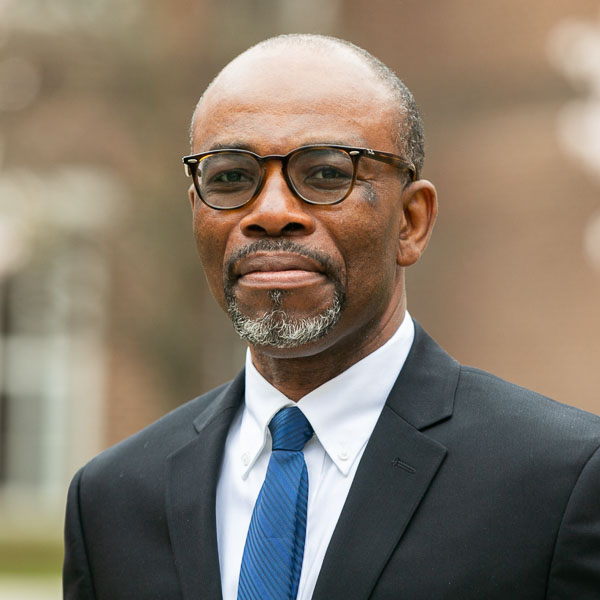 Cerat already had experience with Brooklyn College. She had worked for the School of Education’s Haitian Bilingual Education Technical Assistance Project for half a dozen years, training city teachers and administrators on the cultural, linguistic, and academic needs of Haitian students. And over the last two decades, she has taught several courses in the Africana Studies and Modern Languages and Literatures departments as an adjunct instructor.

Additionally, she had deep roots in community activism, from protesting Haiti’s Duvalier regime in the 1980s when she first came to the United States to advocating for immigrants’ rights. Additionaly, she co-founded Haitian Women for Haitian Refugees.

So, when the institute was looking for someone to take the reins last spring, Cerat’s name quickly came up, and she accepted the position of associate director.

“I come from a peasant family,” she explains from the institute’s home in Boylan Hall. “While my family loved Haiti, they left the country looking for something better—like most other immigrants. But life in America also has its challenges for Haitian immigrants. It’s in their memory that I feel compelled to advocate for the Haitian community. So that my people can have a voice. My role here gives me a good platform for the kind of advocacy I’m interested in.”

In her first year, Cerat has initiated a needs assessment with the local Haitian community, hosted virtual symposia on scholarly matters related to Haiti, and coordinated with four regional universities in Haiti on strategic planning and professional development. Last fall, the institute was instrumental in pushing New York City officials to help with legal and social services for newly arrived Haitian immigrants who were fleeing the country in response to the compounding crisis of natural disasters and political upheaval. They helped secure some $4 million that was allocated to local agencies. Cerat has also been busy working with various local organizations and making plans for a Little Haiti BK Short Film festival later this summer and is trying to hire an archivist and special collections librarian to help solicit and collect materials for an extensive archive the institute wants to house.

“What we do is quite interdisciplinary,” she says. “We lean on history, language, culture, and ties with the community. At the end of the day, it’s about transmitting knowledge.”

Last summer, the institute received $1 million from the New York City Council—which doubled its budget—to help support a digital archive of its collections, a college and career readiness conference for high school students, a Haitian Creole modern language curriculum for industry that will include a massive Creole dictionary project, and various other initiatives related to language access like an immigration glossary and ones for math and science. The institute has also used the funding to continue its work hosting conferences that will bring together community leaders and scholars on Haiti.

She also made arrangements for a Youth Leadership Institute she plans to hold this summer to train the next generation of Haitian leaders, a project that’s close to her heart.

“I think universities have a responsibility to their communities,” she says.

She’s quick to point out that Little Haiti Brooklyn, as it’s known, is a stone’s throw from the college campus and home to the largest Haitian population in New York City. Further, of countries from which foreign-born students at Brooklyn College originate, Haiti ties Mexico for second place.

“The CUNY Haitian Studies Institute serves as an important bridge linking Brooklyn College to the community it serves,” says Kenneth A. Gould, dean of the School of Humanities and Social Sciences. “It is a world-class research unit dedicated to the construction and dissemination of knowledge and the advancement of Haitian studies.”

Gould stresses the institute’s strengths of interdisciplinary research, facilitating collaboration among scholars, community organizations, and public agencies, conducting research about and/or serving Haitian diasporic populations, and conducting analysis and research in order to better understand and shape policies and programs that impact the Haitian and Haitian-American communities.

“This institute matters to the community,” Cerat says. “Having Little Haiti in our backyard helps us to produce and disseminate research on Haitians, participate in conversations, advocate policies that benefit the community—immigration policy, educational policy, language policy, you name it—and work with community organizations to help them to build capacity and better serve the Haitian immigrant community. This is a huge asset.”